Ministry of Finance of Georgia issued the following announcement on Nov. 21.

Presentation of the State Expenditure and Financial Accountability (PEFA) assessment was held for three municipalities (Tbilisi, Batumi and Martvili), supported by the Government of Georgia, the World Bank and the European Union.

Finance Minister Ivane Machavariani addressed the event participants who noted that the methodology of public expenditure and financial reporting is a very important and effective instrument through which the state, investors and donor organizations can obtain objective information about public finances management and To assess invitations.

According to him, in terms of public finance management reform, the country has made significant progress and it is important that this process will be actively continued at the level of local municipalities. In his speech, he also emphasized the reform that has been directed towards decentralization policy and implies the change of the municipal financing system since 2019, which will no longer be equal to the transaction and in return instead of municipalities the VAT returns.

As the Finance Minister noted, the reform will significantly increase the independence of the municipalities. The Minister of Finance thanked donors for supporting this process.

It is noteworthy that in 2017 and 2018, the PEFA assessment was implemented for 15 municipalities and cities in Georgia. 12 out of the above assessments were conducted by the German International Cooperation Society (GIZ) and three with the World Bank.

"The PEFA estimates define municipal systems' strengths and weaknesses on what to improve in order to ensure effective use of resources at local level. The PEFA assessment is also an important basis for preparation of recommendations for the State Financial Management Strategy and Action Plan of 2018-2021, "said Mercy Tibbons, World Bank Regional Director in the South Caucasus.

According to Giorgi Kakauridze, Deputy Finance Minister, with the reforms implemented in terms of state finances management, the country has good results at the central level, including 5th place in terms of budget transparency index.

"However, at the same time, we try to be very high at the level of municipalities. Therefore, with the help of the World Bank, the European Union and the GIZ, we have tried to estimate the situation at each municipality level. Of course, as a result of the reform, we have both success and challenges that should be worked out with the municipalities as a result of active work. Similar assessments are very important. These assessments will help us better plan an action plan that will ensure the improvement of these indicators and the standards at the level of municipalities that we have at the central level, "said Deputy Minister of Finance Giorgi Kakauridze.

"Today's assessment should support central and local governments in identifying priorities such as program budget, medium-term planning, internal control, project planning and investment management. The introduction of the PEFA standards should also contribute to the country's decentralization strategy, "said Vincent Reim, Head of the EU Delegation Projects Division in Georgia.

The PEFA methodology has been developed from international standards and successful practices defined by experienced practitioners. There are around 600 assessments in 150 countries. 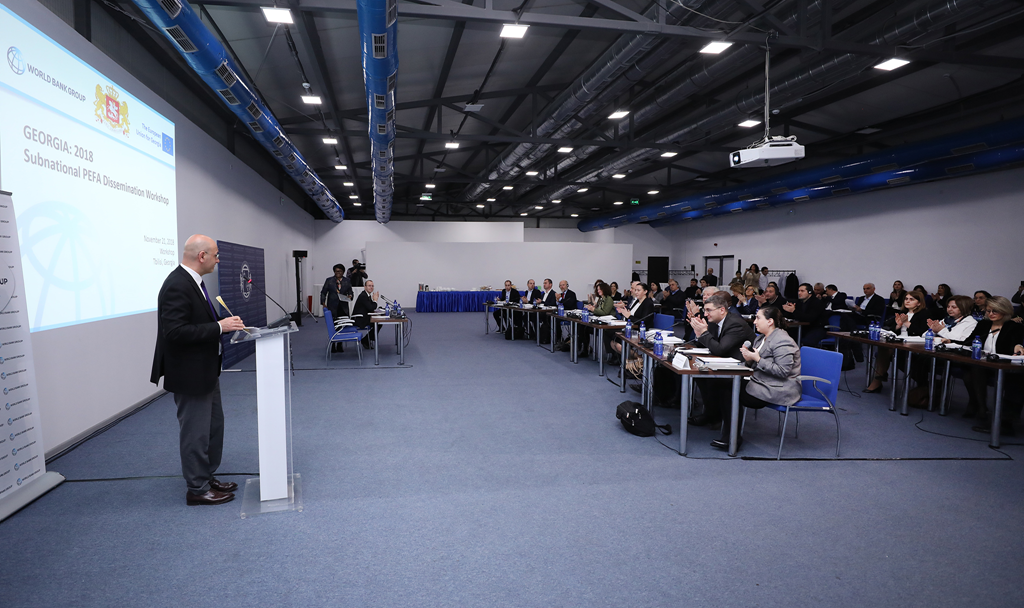 Source: Ministry of Finance of Georgia

Ministry of Finance of Georgia