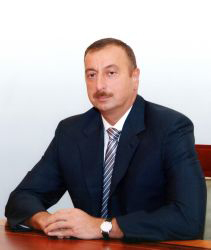 During a Thursday news conference, Azerbaijan President Ilham Aliyev expressed the country's intention to continue making investments in Turkey until 2020.

The total investment will amount to $20 billion. Aliyev also lauded the success that companies from Turkey have had operating within Azerbaijan, and said he expects future cooperation between the two nations will occur as the Southern Gas Corridor Project flourishes.

"The Southern Gas Corridor project's implementation, will, of course, further deepen cooperation in the energy sphere, and here we lay the foundation of a multilateral cooperation," Aliyev said.

The president said Baku will host the first meeting of the Advisory Council of the Southern Gas Corridor next month. He also suggested that member nations involved with the project, including Turkey and Georgia, should pursue future joint projects.

During the news conference, Aliyev also gave updates on the Baku–Tbilisi–Kars railway project and the Trans-Anatolian Natural Gas Pipeline, saying both are on schedule for completion.