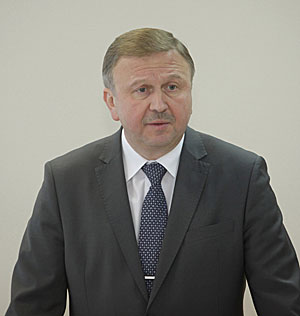 Newly appointed Belarus Prime Minister Andrei Kobyakov said reducing unemployment and under-employment is a top priority for the government in 2015.

He made this announcement Sunday at a special session while introducing newly appointed Brest Oblast Governor Anatoly Lis.

Kobyakov said the underemployment within several sectors was one of the most serious issues facing the region. In 2014, he said over 30,000 people in January alone either were downgraded to part-time employees or were forced to go on leave.

Regional social and economic development was discussed at the special session. He also put forth goals that the regional government should aspire to, and recognized the challenges faced by the new Brest governor.