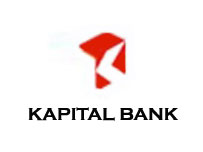 The bank said its sustainability or viability rating was increased to a solid B from B-. The bank said this rating signifies the improvements it has made in capitalization efforts.

Bank officials said the updated score as a sign that they are moving in the right direction in developmental strategies and updated business plans. The strength of the bank's assets and capital buffers were major positive factors in the rating consideration.

Fitch said the bank has the largest area of support in the country. This support allows the bank to implement social projects that are deemed to be publicly important, Fitch said.