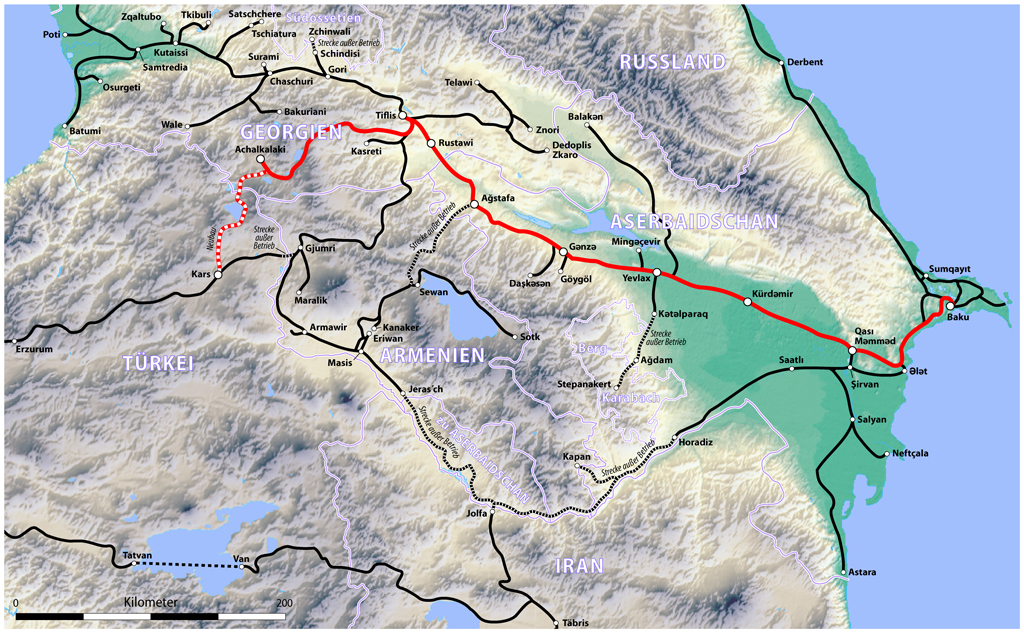 The U.S.-Azerbaijan Chamber of Commerce announced on Tuesday that Turkey has completed over 83 percent of their portion of the Baku-Tbilisi-Kars (BTK) railway.

Construction crews in Turkey are currently working on a 550-meter tunnel that aims to help the country establish a logistics center in early 2016 that would streamline freight flow.

This railway is the product of an intergovernmental effort between Azerbaijan, Georgia and Turkey to facilitate increased cooperation between the three countries.

According to the announcement, officials plan to have a test train run the course of the railway by the end of this year. Peak capacity is slated at 17 million metric tons of cargo annually once it is at terminal capacity. In the beginning of operation the capacity is estimated to be 6.5 million metric tons of cargo and up to 1 million passengers.

The State Oil Fund of the Republic of Azerbaijan is financing the project, fulfilling its part of the president's decree that was made in 2007.