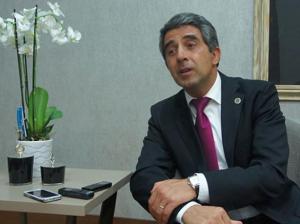 Bulgarian President Rosen Plevneliev will join leaders of Azerbaijan, Turkey and Greece in Baku on Sept. 23 and 24 to discuss the importance of delivering Azerbaijani natural gas to southern Europe.

The TAP project will transport Caspian natural gas throughout Europe while connecting with TANAP at the Greek-Turkish border.

Work on the Trans Adriatic Pipeline is expected to begin in 2016, while Turkish Energy Minister Taner Yildiz signed a partnership agreement with Azeri’s Natik Aliyev last spring on the Trans Anatolian Pipeline.

Turkey, which wants to free itself from foreign dependence on energy, will also increase its investment in Azeri gas.