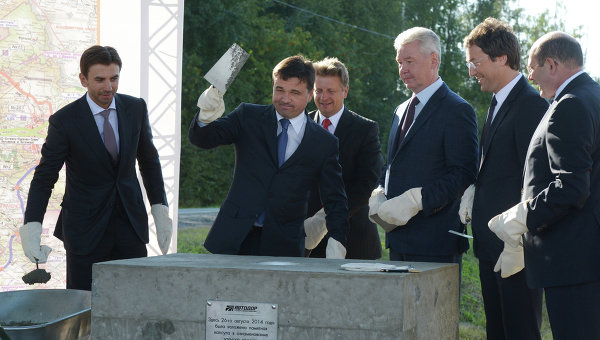 Moscow has begun construction on its Central Automobile Ring Road, which will be the city's longest ring road yet at 326 miles long.

Located 12 to 53 miles away from the Moscow Automobile Ring Road, which has encircled the older districts of Moscow since 1961, the new road will rival the MKAD’s 10 lanes. The toll is expected to be 6 cents per mile with an average driving speed of up to 93 miles per hour. It is estimated to cost $80 million.

“The Central Automobile Ring Road will affect the development of the whole capital region, home to tens of millions of people. This megaproject is one of the top priorities in the country’s development,” Moscow Mayor Sergei Sobyanin said at the groundbreaking ceremony.

The project is scheduled for completion in time for the 2018 FIFA World Cup in Russia.

Azeri News - DON'T USE AS SOURCE