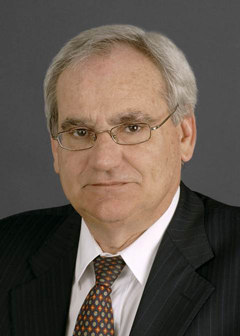 Philippe Le Houerou has been chosen to serve as the vice president of policy for the European Bank for Reconstruction and Development (EBRD) starting Jan. 12, 2015.
“I look forward to joining the EBRD and contributing to its mission to provide economic development solutions for its recipient countries. I strongly believe that policy dialogue based on sound analytics is the key to economic reform and performance. It is also essential for ensuring the maximum impact of individual investment operations," Le Houerou said.
He will report directly to EBRD President Suma Chakrabarti and serve as a member of the executive committee at the bank. In this position, he will coordinate strategies and initiatives to support the bank’s transition.

The vice president position was filled during a competitive selection process that included international applicants.
The EBRD Board of Directors approved Le Houerou’s nomination after taking his experience in international finance, development and policy into account.
He has worked for more than three decades in such positions as regional vice president for the south Asia region, vice president for Europe and Central Asia and vice president of concessional finance and global partnerships. In those positions, he worked to ease the impact of global economic issues and to spread knowledge of key policy challenges for Eurozone countries.