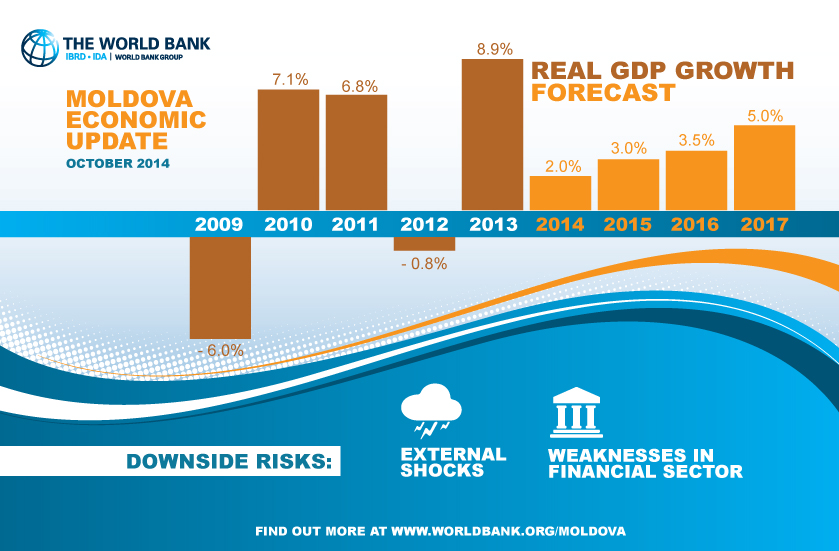 Increased exports and fixed investments drove Moldova’s economy to a 3.9 percent increase in gross domestic product during the first six months of 2014, according to a World Bank announcement on Thursday.

Despite the strength of Moldova’s position, there are potential risks to the macroeconomic framework of the country that are expected to negatively impact growth until the end of the year.

"Because of regional challenges and less favorable external demand and financing environment, we expect growth to slow down to 2 percent in 2014, down from 8.9 percent in 2013, and accelerate to 3 to 5 percent during 2015-2017,” Ruslan Piontkivsky, the World Bank senior economist for Moldova, said.

Despite the positive news, the country is still vulnerable to downside risks. The GDP growth forecast in 2015-2016 was revised downward to 3 percent and 3.5 percent, compared to April figures. The World Bank update suggests that Moldova’s leaders implement policies with low fiscal deficits and a flexible exchange rate to counter external vulnerabilities.